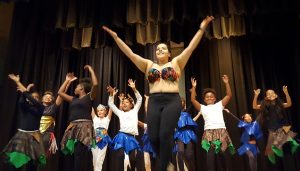 Jessica is a dancer, dance coordinator, choreographer and “artivist” who was born and raised in San Francisco, CA. She is the founder of Rising Rhythm Project SF, a collective of diverse dancers and musicians performing throughout San Francisco’s Bay Area. Jessica is an experienced dance teacher for youth and adults and teaches full-time throughout the Bay Area, including with Alonzo King LINES Dance Center, Loco Bloco, Dance Mission, and a number of San Francisco public schools and after-school youth programs. She has trained and danced with some of the San Francisco Bay Area’s most respected Global Street Dancers, such as Allan Frias of Mind Over Matter, Rashad ” Soul Nubian” Pridgen and Jocquese Whitfield.  She is also a member of the Bay Area vogue performing group, House of Prolific. She has appeared in music videos for local Bay Area artists such as Los Rakas, Favi Estrella, Ms Haze, Zivia Walker and Macka. Through her classes, Jessica helps youth to participate in the arts, express themselves through creative movement and strive to become next level dancers. 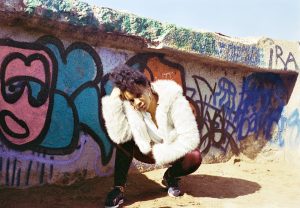 Brandie is a dance performer, singer and songwriter as well as teaching artist. Training as a gymnast and cheerleader in her youth, she grew to be a passionate dancer and teacher who works with youth and adults at Dance Mission and TruDance, and through private lessons. She has danced in various music videos and has performed with many choreographers, including the Sarah Bush Dance Project. 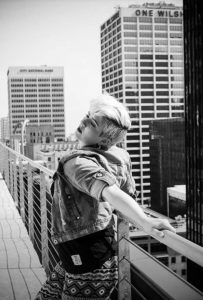 Angelina is a choreographer, dancer, documentarian, teaching artist and the Founding Director of Snowflake Productions which “celebrates dance communities and their stories through choreography, videography and photography.” She holds an African Heritage Dance Certificate from City College of San Francisco and a B.A. in World Arts and Cultures/Dance with a Minor in Visual and Performing Arts Education from UCLA. She has traveled to many places in the U.S. and abroad to dance with, document, observe and learn from some of the most inspiring artists in the street and club dance scenes. 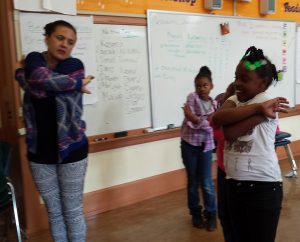 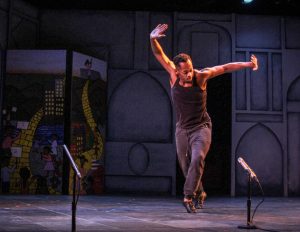 ArVejon began taking Tap, Hip Hop, and West African at “Kennedy Universal Dance Designs” in Los Angeles, CA, where he studied for 13 years as a child. He is a member of the Sean Dorsey Dance and performed the highly acclaimed “Missing Generation” on the company’s 20-city tour during 2015-2017. His performance in Dorsey’s production of “Boys Bite Back” earned him a 2018 Isadora Duncan Dance Award nomination for Outstanding Achievement in Performance. In addition to dancing with Jean Appolon Expressions, and Prometheus Dance in Boston, ArVejon has worked with ODC on a touring production, with SoulSkin Dance in their home season at the Joe Goode Annex, he’s been featured in “AM/FM,” a film that premiered at the San Francisco Dance Film Festival, choreographed by Robert Moses, and he performed with PUSH Dance Company in Atlanta. He has performed works by KT Nelson, Brenda Way, Kimi Okada, Kat Roman, Robert Moses, Ray Tadio, Dexandro Montolvo, Natasha Adorlee Johnson, Breton-Tyner Bryan, and Raissa Simpson, among others. As a teaching artist, ArVejon has taught students in Dr. Albirda Rose’s Village Dancers at the African American Art and Culture Complex and worked as the Lead Teaching Artist with the Boston Ballet’s Educational and Outreach Program. He also teaches group fitness classes in San Francisco, Boston, and Philadelphia, and holds a BA in Dance and a Minor Degree in Japanese from San Francisco State University. 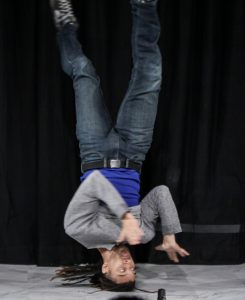 Dante is a member of both the Embodiment Project, performing art company, and the Soul Shifters artist collective. He is the founder of the event- ONLY Allstyles- the biggest mixed style competitive dance gathering on the West Coast. He has performed, competed and won in many high profile events around the globe – including a 2016 tour throughout Europe and a dance competition in Russia. He has appeared in many widely distributed music videos, including under his own label, Earthtone. Dante understands the healing power of art which he strives to impart to youth. 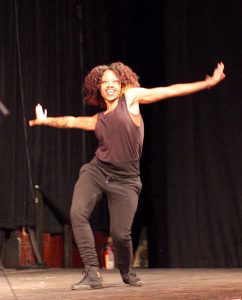 Amber is a native of the California Bay Area, and works as a professional dancer with background and primary training in Musical Theatre, Hip Hop, and contemporary dance. She was blessed to have discovered her passions at a very young age because her family comes from a generation of artists. She started dancing in Mixd Ingrdnts Dance Company in 2013, a fierce all-female collective group of artists who performed various styles of contemporary dance. She currently dances in the dance theatre company, Embodiment Project, founded by Nicole Klaymoon, whose mission is to use the art to create emotionally transparent narratives that serve as vehicles for social change. With the company, Amber has performed at several large events, including the Oregon Shakespeare Festival, SF Hip Hop International Dancefest, Headlands Center for the Arts Open House Showcase, Carnaval, Dance Mission Theatre, Yerba Buena Center for the Arts and full length sold-out shows at Laney College.

Amber’s appearances in 2017 range from Oregon Shakespeare Festival, to the Elizabeth Stage in Oregon, and film performances featured at the San Francisco Dance Film Festival, as well as a wide array of work locally; including the San Francisco Trolley Dances, the Transform Festival at Yerba Buena Center for the Arts, the Yerba Buena Gardens Festival, as well as with Topsy Turvy Circus in Oakland.

Amber believes that art is all about exchanging deeply rooted energy in order to make change and exude dynamic forms of expression, and she has brought this focus to her work with youth. She has worked in violence prevention advocacy, and has worked in non-profit settings, serving as an event coordinator, group facilitator, and mentor to young people, providing positive recreational activities for them to take advantage of. She also teaches dance with Destiny Arts and California Academy for Performing Arts. Ashé 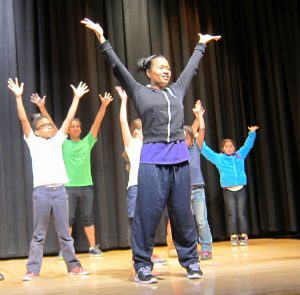 Raissa has had an extensive performance career in the San Francisco Bay Area dancing with Robert Moses’ Kin and Joanna Haigood’s Zaccho Dance Theatre, among others.

As a freelance artist, she danced with Lucas Films, Tori Quinn at BAPC, Alleluia Panis Dance Theater, Capacitor, Flyaway Productions, Liberation Dance Theater, Michael Mayes, and Peninsula Ballet. Along with serving as Assistant to the Director at Zaccho Dance Theatre, she is featured as a dancer in the film “Never Stand Still,” at Jacob’s Pillow. 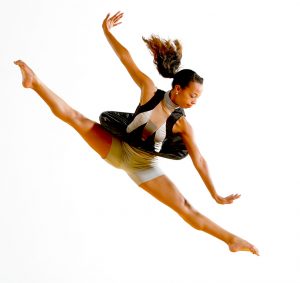 Ashley is a company performing member artist and dance instructor with PUSH Dance Company. She performed in PUSH’s World Premiere of “Point Shipyard Project” at the Museum of the African Diaspora in San Francisco. At the University of California, Irvine (UCI), Ashley was accepted into the Jazz Ensemble, led by Sheron Wray, and was a member of the non-profit organization Bare Bones Dance Theater. She trained in various styles and worked with Loretta Livingston, Jodie Gates, Molly Lynch, Donald McKayle, and Tracy Bonner. Ashley produced 3 pieces performed at UCI. She is also a member of Soulcletic Roots Dance Company led by Jannet Galdamez as well as studies and performs with the Alayo Dance Company under the direction of Ramon Alayo. In addition to training and performing, Ashley teaches dance classes throughout the Bay Area., Ashley graduated from the University of California, Irvine with a B.F.A. in Dance-Performance and a Business Management Minor.