Sam’s focus is combining her passion for theater and teaching. In 2017, the San Francisco Chronicle named Sam the emerging theater artist under 30 years old to watch for her artistic choices and combining her passion for theater and teaching. She performed professionally in “Splendour,” at Berkeley’s Aurora Theatre in 2017. She has also performed with New Conservatory Theater Center in “The Submission,” “Compleat Female Stage Beauty” and “Avenue Q.”  Sam was winner of Best of Fringe in the 2013 SF Fringe Festival for “O Best Beloved” and she performed in the 2012 Bay Area One Acts Festival with 11th Hour Ensemble in the acclaimed production of “The Seagull Project”. Other recent performance credits include Berkeley Playhouse’s “Bridges: A New Musical,” Central Works’ “Project Ahab; Or Eye of the Whale,” and Shotgun Players production of “Our Town” in Berkeley. She also is the lead singer of the funk/soul band, “The Gentlemen Amateurs,” which performed at Great American Music Hall in 2016. Sam performed and conducted talk backs at middle and high schools throughout the Bay Area in New Conservatory Theater’s Youth Aware production of “Outspoken,” focusing on diversity, respect, and school safety education. She taught at J&S Center for the Performing Arts in Vacaville, CA, her hometown, where she held roles of assistant choreographer, co-director, stage manager, and summer camp coordinator. She has a B.A. in Theater Arts from San Francisco State University. 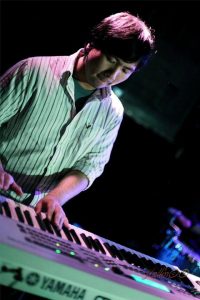 Imanuel is a jazz musician who worked with Lauryn Hill’s former keyboardist Mike Blankenship, Dee Spencer, and John Calloway. Imanuel’s public appearances in the San Francisco Bay Area include the Great American Music Hall, Yoshi’s San Francisco, Dimitri’s, Rrazz Room. He has played with well-known artists such as Rustee Allen from Sly and the Family Stone, Soul/R&B singer and American Idol finalist LaToya London, Ledisi’s backup singer Sara Williams, and renowned Indonesian artists from San Francisco’s annual Indonesian Day celebration. Imanuel is one of the original members of the San Francisco-based Soul/Hip Hop/R&B band Feelosophy and is the keyboardist in San Francisco’s State University’s Gospel Band. Imanuel also works as the main and secondary keyboardist with music director Silvester Henderson at Palma Ceia Baptist Church, which concentrates in the African American Gospel music style. Imanuel studied classical and jazz music, and improvisation at San Francisco Conservatory of Music with Scott Pratt and concurrently in San Francisco School of the Arts under the direction of Ava Soifer, Randy Craig, and Melecio Magdaluyo. Imanuel has a B.A. in music from San Francisco State University and he is working towards a Masters Degree in Film Scoring. 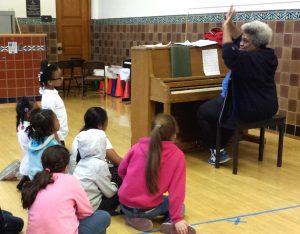 Tammy is pianist, organist, composer, and arranger who began playing piano at age 4 and started to accompany her church choir by age 7. She received a music scholarship to Mills College in Oakland, California. She has since gone on to work with many award-winning cabaret singers, including Denise Perrier, Kim Nalley, Branice McKenzie, Darlene Love, Pamela Rose, Kenny Washington, Mary Wilson, and the great Etta James. She has also worked in rhythm sections for bandleaders Houston Person, David ‘Fathead’ Newman, trumpeter Marcus Belgrave, Marcus Shelby, and the Bay Area’s own Montclair Women’s Big Band. After living two years in Brussels, she formed the ensemble “Touche Différente” and performed throughout Europe. She had been the accompanist for the Inner Light Ministries Choir in Soquel, CA for fourteen years and is now in service at Heart and Soul Center of Light in Oakland. In May of this year Tammy worked as Musical Director for Company E, a dance and theatre company headed by Paul Emerson for Broadway Abroad, a cultural exchange program sponsored by the State Department, in Montevideo, Uruguay. In 2013, Tammy and her Quintet, headlined at the Monterey and San Jose Jazz Festivals and Tammy was selected to participate in a 30 city-42 performances, European tour with Queen Esther Marrow and the Harlem Gospel Singers. Other venues of note include The Allen Room and Dizzy’s Club Coca Cola at Jazz at Lincoln Center, Stanford University and San Francisco Jazz’s Miner Auditorium. Some of her original music can be heard in the John Korty documentary, “Miracle In A Box: A Piano Reborn.” 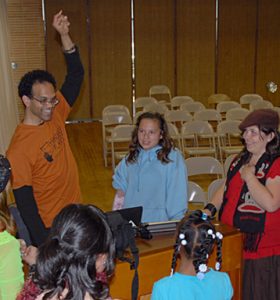 Michael works throughout the San Francisco Bay Area on all sides of the performing stage. He is on staff with the San Francisco Conservatory of Music’s Opera Department and Peninsula Teen Opera. He’s created productions with Oakland Opera Theater, Pocket Opera, BASOTI, and SF Fringe Festival. He has choreographed for Broadway by the Bay’s Youth Theater Conservatory, Berkeley Opera, and Children’s Center for Dance Education.  He studied classical ballet at Dance Theater of Harlem and modern techniques at Alvin Ailey School, Barnard College and Joan Peters Dance Company. He received a B.A. from Columbia University and his Masters in Music from San Francisco Conservatory of Music. 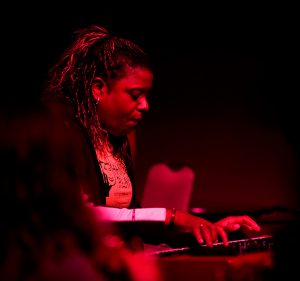 Dee is a Professor of Music in the School of Music and Dance at San Francisco State University, where she founded the Jazz Studies undergraduate program in 1990. Dee served on the piano faculty at Berklee College of Music in Boston, MA. Dee served on the governing boards of the International Association for Jazz Education (IAJE) and the SF Chapter of the National Academy of Recording Arts and Sciences (NARAS). She currently serves on the board of the Community Music Center. She is past director of the GRAMMY All-Star National High School Jazz Combo and the SFJAZZ All-Star High School Ensemble. This ensemble competed at the Essentially Ellington Competition for Jazz at Lincoln Center in 2002 and 2003. She was musical director/conductor for the TheaterWorks production of RAISIN’. As a keyboardist, Dee has recorded with former Tower of Power vocalist Lenny Williams and Aretha Franklin’s favorite drummer Bernard “Pretty” Perdie. She was a featured performer at the Beijing, Cork, Tasmanian, and Dresden International Jazz Festivals. In various settings, Dee has performed with jazz greats Jimmy Scott, Louis Bellson, Clark Terry, Branford Marsalis, John Handy, Greg Osby, Jeff “Tain” Watts, Regina Carter and R&B sensation LEDISI. Dee’s debut CD, Vintage School was released in 2002. She recently composed the score for the musical “Goodnight, Gorilla.” She earned an Ed.D from the University of San Francisco; M.M. from Washington University in St. Louis; and a B.S. from Florida A&M University. 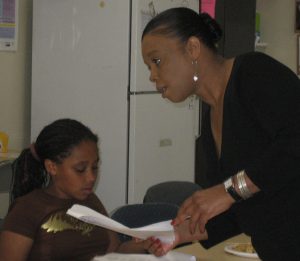 Darlene Coleman has been a popular vocalist in the San Francisco Bay Area for over twenty years. She’s worked with many of the Bay Area’s well known corporate bands and worked or recorded with artists like Michael Bolton and Kenny Loggins. She has toured Japan and performed at the Tokyo Jazz Festival in 2004. Darlene became a fan of Handful Players while covering a story about the program for San Francisco’s local newspaper, The Western Edition. 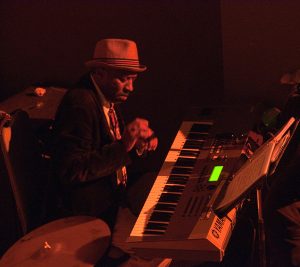 Archie is a pianist and keyboardist who has flourished in both the worlds of jazz and in the popular genres of funk and R&B. He is the music director for Community Baptist Church, and a keyboardist for the San Francisco City College Jazz Band and for a 22 piece ensemble band, The Legends of Motown – Hitsville USA. Archie has performed and composed with many local artists and bands and is currently working on his second CD for the popular jazz band SYNSES. He works with many young students and hopes to inspire them and keep them motivated by music.